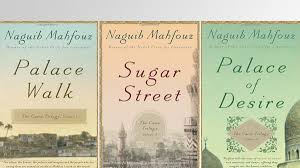 The most fun I had in high school was learning French. But writing a paper on existentialism for my English class, inspired by the books my French teacher had lent me, was the most fascinating work I did. Looking back, I can see that my love for philosophy was born then. Recently an old school friend told me how jealous she was when the teacher raved over my paper. I didn’t save it, but I can’t believe it was very good; Mrs. Sanders probably just wasn’t used to such a heady topic even being introduced in our farm town.

In my paper I compared Kierkegaard and Sartre. I was a Christian believer at the time and relieved to find that there was an existentialist philosopher who named the name of Christ. When I got to college I found that Francis Schaeffer thought Kierkegaard misunderstood The Faith if he believed it required a “leap of faith.” At the time I wasn’t comfortable with the world of philosophy and wouldn’t have said I loved it. I was trying to love Christ in a fairly pietistic way and didn’t have a clue as to how to engage Christianly with the humanities. I did enjoy hearing from and reading various theologians and didn’t realize the divergence among them until after I was married.

When I became a wife and mother I began to focus on reading children’s books, and teaching children practical aspects of the faith. In the 1980’s two girlfriends separately and in different ways made me realize the importance of the historicity of Christianity; soon I was sitting up in bed every night reading Chalcedon magazine and happily listening in on The Great Conversation that humans are always having. The many writers for the publication saw the whole of history and philosophy and were not afraid of it; they had confidence that God in Christ had it all wrapped up, even if they didn’t.

Reading this point of view was amazingly encouraging and relaxing. It seemed to really help me go to sleep at night, to leave all the details of running a household and family outside the door and try to stretch my mind to understand why the French Revolution happened, how Romantics skew the Gospel, or why Chalcedonian Christology is pertinent today. It was comforting to drift off like the child who doesn’t know what his parents are talking about, but who feels safe in her bed. God is omnipotent and omniscient, and I will never be, so I rest in Him.

Somewhere I read that people who enjoy thinking are not always the best thinkers. Maybe that means not the most efficient, or logical. I don’t often have anything to show for all the eavesdropping I’ve done, listening to the Good Thinkers. In the world of philosophy I resemble my own Baby Girl when she was old enough to talk, but not old enough to grasp what the other six of us were discussing at the dinner table. She wanted so much to be in on the lively talk, and would look from one to the other of her family, and when she heard a phrase that she could link to something she knew about, she would quickly interject a comment that was rarely on topic.

Three years ago I became a child in the Orthodox Church, and now I am even more ignorant, as what I know has shrunk in proportion to the vastness and connectedness of God’s World as it is perceived by our theologians and lived by the saints. Categories and schemes I had gradually come up with aren’t as helpful as they promised to be, and in my imagination I am catching a phrase of conversation, or a glimpse of Life, of how everything is summed up in Christ; God in Trinity is simple and whole. I have been learning that God didn’t mean for us to suffer all these separations or distinctions between soul and body, between mind and heart, and between thought and action.

While I was beginning to find Christ in His Church I was also learning that ideas can’t be separated from people. No one can be labeled solely by what philosophy he espouses this week. A philosophy does not have an existence in itself but is humans thinking in a certain way. The Kaiser Permanente billboards that have a cyclist telling us, “I am not my bad knee,” and a chubby woman saying, “I am not my weight problem,” help us understand that people are complicated. Kierkegaard no doubt would like to defend himself on a billboard saying, “I am not existentialist philosophy.”

When I began reading The Cairo Trilogy by Naguib Mahfouz I was immediately captivated by his writing, and I suspected that I was going to find it multi-layered with meaning. I read about Mahfouz a bit online to give myself a head start. He was a philosopher, and some have referred to “existential themes” in his works, so I have been reading with an eye to letting him tell me what existentialism is. All I could remember from my sketchy term paper was the buzz-word “authentic,” and one word doesn’t make for a definition. My paper on the topic couldn’t have been very good because I didn’t have much intellectual preparation for tackling it. Kierkegaard himself wrote volumes of philosophy that pretty much started that branch of The Conversation, and generated many more books by people discussing and debating his ideas.

A definition of philosophy that sticks in my mind is “people seeking to know how to live the good life.” Mahfouz’s writing is full of such common humans, some of whom think harder about it, or have more success. I am reminded of the saying, “Be kind, for everyone you meet is fighting a great battle.” The characters I have met in The Cairo Trilogy are enriching the world of my imagination as I get to know their various personalities and see how they respond to the challenges of their culture and the political situation they have to deal with. None of them would put himself in a neat box with a label on it, and that’s why it takes three novels to tell their story.

As I write this introduction, I haven’t yet come to the end of the third book. Calling this post an introduction almost commits me to writing more about the novel, but it seems an impossible task for me to even appreciate the scope of what Mahfouz has done, much less give a just report of it. Mahfouz spoke more than once while he was alive about the primacy of politics in his life, and if I knew more Egyptian history and were more politically minded, no doubt I could glean more meaning from the story. That’s just one example of how my review will be skewed and lacking.

But the book is so wonderful that it seems unkind to not tell about it, and it does stretch me to make the effort. But don’t hold your breath waiting for the actual review. You might have time to read the book yourself while you’re waiting.