In the spring of 2018 Father Stephen Freeman wrote on “The Inherent Violence of Modernity,” and at that time his thoughts prompted me to browse definitions of violence. Many of them are along the lines of “causing or intending to cause damage,” but the most succinct was “extreme force.”  Father Stephen’s use of the word is based on the idea of us trying to “make it so,” improving society, changing other people, making the world a better place. I offer a few selected paragraphs from his article, and from his replies to comments on it:

“The philosophy that governs our culture is rooted in violence, the ability to make things happen and to control the outcome. It is a deeply factual belief. We can indeed make things happen, and, in a limited way, control their outcome. But we soon discover (and have proven it time and again) that our ability to control is quite limited. Many, many unforeseeable consequences flow from every action.”

“Modernity has as its goal the creation of a better world with no particular reference to God – it is a secular concept. As such, that which constitutes ‘better’ is, or can be, a shifting definition. In Soviet Russia it was one thing, in Nazi Germany another, in Consumer-Capitalist societies yet another still. Indeed, that which is ‘better’ is often the subject of the political sphere. But there is no inherent content to the ‘better,’ nor any inherent limits on the measures taken to achieve it. The pursuit of the better (‘progress’) becomes its own morality.” 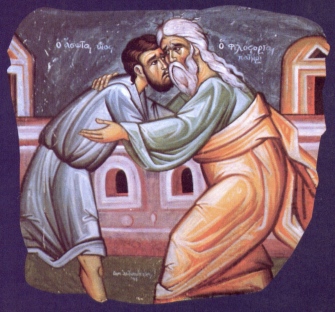 “Keeping the commandments of Christ is not doing nothing. It is, however, the refusal to use violence to force the world into ever-changing imaginary versions of the good.”

“We do not have ‘responsibility as citizens.’ That is the rhetoric of the modern state. We have responsibility to God, to keep His commandments. That might very well exceed anything we think of under citizenship. Frankly, we need to quit thinking like ‘Americans’ and think as Christians. Most people’s idea of engaging politically is nothing more than the cheap, never-ending notion of having opinions and occasionally yapping about them. There is no commandment to have opinions and express them. There is no commandment to take political action. Modernity suggests that the political realm is that actual definition of ‘reality.’ It is where we do things. This is false and makes an idol of the state. The political realm is the place of violence.”

“Do not ask, ‘How can we fix the world?’ Instead, ask, ‘How should Christians live?’ and give the outcome of history back to God.”

What is the answer to “How should Christians live?” At the end of his article Fr. Stephen gives a few ideas, which are very appropriate for Christmastime, as the first of them all is:

“Live as though in the coming of Jesus Christ, the Kingdom of God has been inaugurated into the world and the outcome of history has already been determined.” 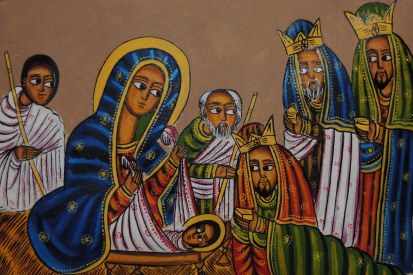 I think my favorite on his short but broadly useful list is: “Love people as the very image of God and resist the temptation to improve them.” I know that each of us has our own unique set of circumstances to deal with, including people who want to change us or who obviously “need improvement” and are not fun to be with. May God give us grace to be thankful for even them, and to love them “as the very image of God.” 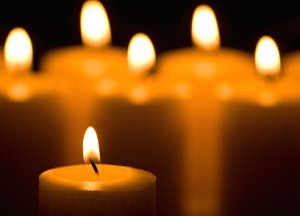 Fr. Tryphon is abbot of All Merciful Savior Monastery on Vashon Island, WA.  He writes a blog at The Morning Offering.

“According to Saint Gregory of Nyssa, heaven and hell are not about location, but about relationship. God is everywhere, and He did not create a heaven for some, and a hell for others. If we love God, His fire will be a comforting warmth, but if we choose not to have a relationship with Him, His fire will be as hell fire. We choose how we will experience the presence of God in the afterlife, and since God can not be absent from anywhere, those who have chosen to ignore Him, will, nevertheless, be in His presence for all of eternity. Paradise and Hell do not exist from God’s point of view, but from man’s point of view. It is all about man’s choice and condition, for heaven and hell are not two different locations, but two different experiences of the same place.

“Everyone will spend eternity in God’s presence, but how we experience the Divine Presence will depend upon the condition of our soul. Those who have been transformed by the action and work of the Holy Spirit, will experience God as light and bliss. Those who have rejected God’s love will experience it as pain and suffering. For the unbeliever and the unrepentant, their sins will not allow them to enjoy the Presence of God. 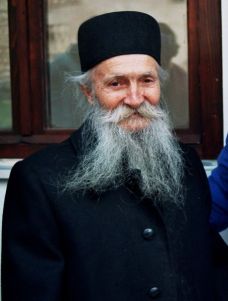 “Strong faith in a man’s heart both requires and produces prayer, and a prayer life of many years produces love.  The goal of our life is nothing other than cleansing our heart, to such an extent that it is able to sing with joy.  Thus, prayer of the heart leads to joy of the heart.  Nothing is difficult for a joyful person, because he has love.”

Why would a Christian like me want to read a whole book about existentialism? At least a few of my readers are confused about that. I may in the future share more of my gleanings from this book as it helps me understand this modern age that we live in, but now let me just clarify that it is the enlightening presentation by William Barret that I find beautiful, not the anxiety and “spiritual homelessness” of the Europeans whom he includes in the lonely camp of existentialists.

In contrast to their interesting but ultimately unsatisfying way of thinking, Father Stephen Freeman writes about our existence in a non-existentialist way. If I hold to a philosophy, it is this non-philosophy, which is reality, my life in God:

“The modern movement of secular thought has been to move existence into an independent and self-defining realm, relegating God and religion to a specialized interest of those who find themselves religiously minded. This is the death of religion – or rather a religion of death. For as soon as our existence is moved away from God and grounded in something el 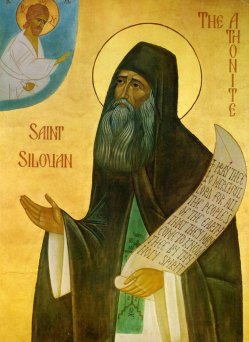 se, God Himself has been abandoned. It is not possible for God to be a lesser concern. Either He is the very ground of our existence or He is no God.”

“As Met. John Zizioulas has famously stated, ‘Being is communion.’ In such a context we are able to move towards authentic existence – a mode of being that is not self-centered nor self-defined, but that is centered in the Other and defined by communion. Sin is removed from its confines of legalism and mere ethics and placed at the very center and character of existence itself. Sin is a movement towards non-being. In contrast, to know God is to love and its greatest test is the love of enemies. As St. Silouan taught: ‘We only know God to the extent that we love our enemies.’”

“Christ is, as He said: the Way, the Truth and the Life. His death and resurrection are the movement of God’s love to rescue humanity from a self-imposed exile from true and authentic existence which is found only in communion with God… It presses the question upon us all: ‘What is the truth of my existence?'” 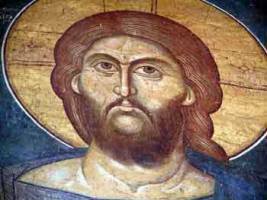 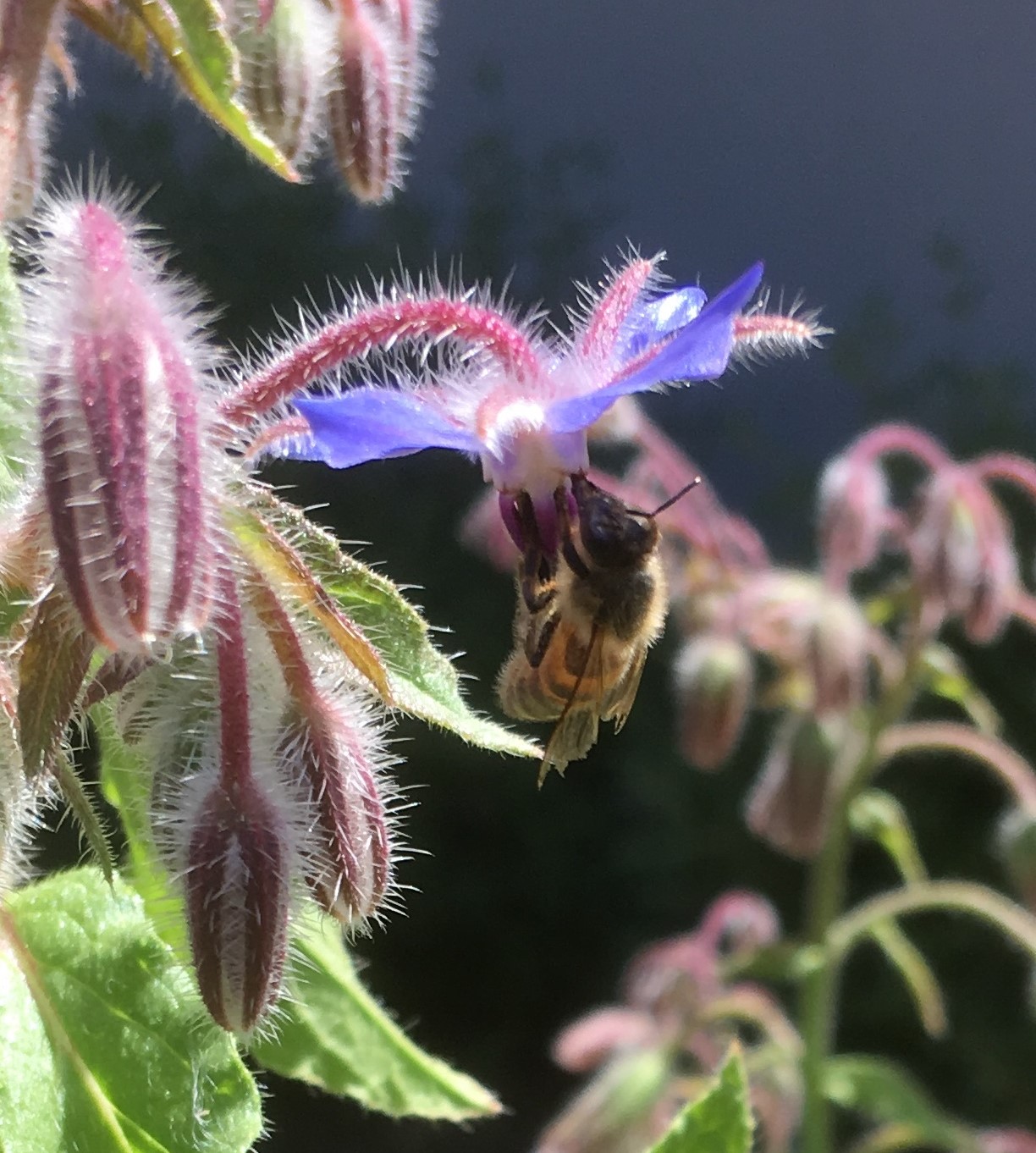