And so the Shortest Day came and the year died
And everywhere down the centuries of the snow-white world
Came people singing, dancing,
To drive the dark away.
They lighted candles in the winter trees;
They hung their homes with evergreen;
They burned beseeching fires all night long
To keep the year alive.
And when the new year’s sunshine blazed awake
They shouted, revelling.
Through all the frosty ages you can hear them
Echoing behind us – listen!
All the long echoes, sing the same delight,
This Shortest Day,
As promise wakens in the sleeping land:
They carol, feast, give thanks,
And dearly love their friends,
And hope for peace.
And now so do we, here, now,
This year and every year.
Welcome Yule! 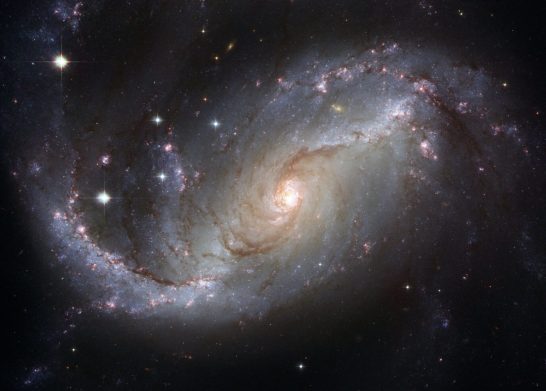 “…the very name ‘Space’ seemed a blasphemous libel for this empyrean ocean of radiance in which they swam. He could not call it ‘dead’; he felt life pouring into him from it every moment.”

I’m sure I don’t know all the reasons, but my mind has often been overfull, or numb, or empty — or all three?? — of late, while as a whole embodied person I have been awfully busy, so much so that I also haven’t had time to be about the typical documentarist, analytical or musing business. I do feel that I am changing, which is to be expected, and is normal…  As I get older I often think, Who knows when I will wake up one morning without the strength to do ___ ? I better take my opportunity now!

So many of those opportunities keep coming my way, one after the other, cascading through the weeks. I am very thankful. In between, when I stagger into the house and drink my tea, read a few blogs and fall into bed, I feel incapable of putting thoughts together in writing here. Which is okay, because, as the writer of Ecclesiastes says,

Even the things that are new to us as individuals are not new to humanity, and whatever I might think and write about has been said before. Maybe I myself even said it before! That is the case with the quote at top, which was part of a post I “wrote,” or assembled, to put it more accurately, several years ago. I was surprised and pleased to come across it today,  when WordPress was giving me fits and caused me to stay longer at my computer, when I ought to have been out shopping for Thanksgiving menu items. The old blog post helps me think about things I’ve been reading recently.

One of the opportunities I had this month was to participate in a newly formed local book group that was reading Walker Percy’s Lost in the Cosmos. I had been wanting to read something by Percy for at least twenty years; two or three books by him had come and gone from my shelves without being read. So I tackled the Cosmos book and joined the group, in large part to meet the other readers who were interested in such a book.

I didn’t love the book, I think mostly because I have watched so little TV in my adult life, and was not familiar with the many references to shows and personalities; I missed the allusions by which I would have accessed the humor. In preparation for our group discussion I read a review of Lost in the Cosmos by Alan Jacobs, who claims that Carl Sagan is the main (unmentioned) character in the book, and that Percy is writing partly in response to the 1981 PBS series “Cosmos” (by Carl Sagan), which opens with Sagan’s narration, “The Cosmos is all that is or ever was or ever will be.” Jacobs gives us his take: “‘Cosmos’ was not about science, but about allowing us to observe a scientist with an attractive personality as a substitute for thinking scientifically.”

The middle section of Lost in the Cosmos is a lesson in semiotics, and it was my favorite part, once I put my mind to it. I have wanted to learn about this field of study which someone has described as “an investigation into how meaning is created and how meaning is communicated.” So that was another opportunity not to pass up.

If you remember watching “Cosmos,” or are interested in how modern man has lost himself, and what it all has to do with semiotics and television, you might want to read that review by Jacobs, or even read Lost in the Cosmos. A few people in our discussion group said that they like Walker Percy’s novels better than this ironic “self-help book”: The Moviegoer, for example. I hope I will get around to reading one of them.

The article that prompted my post of eight years ago, “Space is the womb of life,” was by Michael Baruzzini, in Touchstone magazine, titled “Lost in Space.” I had forgotten that Carl Sagan had ever been referenced on my blog, but in that article Baruzzini compares Carl Sagan’s view of “space” to that of C.S. Lewis’s character Ransom in the Space Trilogy (the “he” in the quote at top). 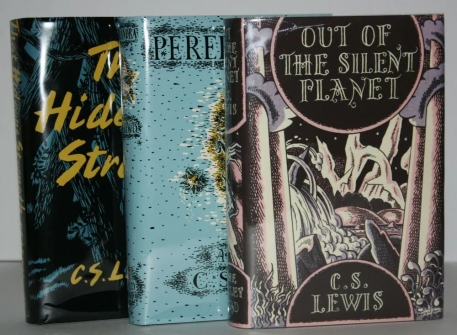 Baruzzini traces the development of modern man’s concept of the heavens to the point where Sagan could authoritatively tell us, “Our planet is a lonely speck in the great enveloping cosmic dark.” He then shares some of what fills the heavens, revealed by modern scientific instruments — such as the “glowing background of radiation left over from the early moments of the universe,” and the invisible particles that show up in the aurora borealis.

One thing Sagan evidently gets right is how we are made of stardust! My readers are likely more aware of these discoveries than I am; as I said, I have watched little TV, and read few scientific articles or books. Still, I find it easy to get lost in browsing Hubble photos. More from the Touchstone article:

“[A]ll of the particles that make up our bodies and the familiar world around us are the products of reactions deep within stars. The same reactions that turn simple protons into the rocks and waters of planets also form the complex elements in living things, starting with the indispensable element carbon, which makes up the backbone of all organic molecules.” 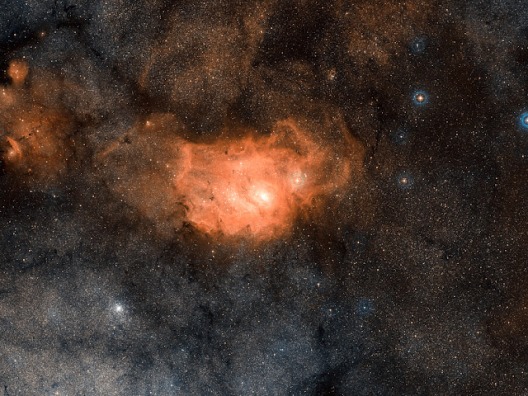 A caption on the above photo reads: “This image from the Digitized Sky Survey shows the area around the Lagoon Nebula, otherwise known as Messier 8. This nebula is filled with intense winds from hot stars, churning funnels of gas, and energetic star formation, all embedded within an intricate haze of gas and pitch-dark dust.” The empyrean ocean! How did Lewis know?

Surely his understanding grew out of the richness of his Christian world view, which informed his knowledge of philosophy, theology and literature — something like Baruzzini describes:

“From the readiness with which medieval Christianity accepted the nested order of the Aristotelian universe, to the progressive cosmic orders of Dante’s Divine Comedy, and even to J. R. R. Tolkien’s Middle-earth creation myth, which speaks of the habitation of man as nestled far within the ‘Deeps of Time,’ the idea of a universe of meaningful immensity and density has been amenable to the Christian mind. Man finds himself not lost in the cold, but placed precisely in a life-giving realm, not too unlike a developing infant folded deep in the tissues of his mother, or a vibrant reef enveloped in the nourishing flows and currents of the ocean.”

The “meaningful immensity and density” is not only a quality of the material world: the earthly and heavenly things we can see, whether with the naked eye or modern instruments, are reflections of spiritual realities. The heavens declare the glory of God to a degree, but they speak of a personal God who wants to reveal His glory in the realm of the human spirit. Let us fall down and worship.

“The death of the spirit is the price of progress. Nietzsche revealed this mystery of the Western apocalypse when he announced that God was dead and that He had been murdered. This Gnostic murder is constantly committed by the men who sacrificed God to civilization. The more fervently all human energies are thrown into the great enterprise of salvation through world–immanent action, the farther the human beings who engage in this enterprise move away from the life of the spirit. And since the life the spirit is the source of order in man and society, the very success of a Gnostic civilization is the cause of its decline.

“A civilization can, indeed, advance and decline at the same time—but not forever. There is a limit toward which this ambiguous process moves; the limit is reached when an activist sect which represents the Gnostic truth organizes the civilization into an empire under its rule. Totalitarianism, defined as the existential rule of Gnostic activists, is the end form of progressive civilization.”

― Eric Voegelin, The New Science of Politics: An Introduction

AT THE SMITHVILLE METHODIST CHURCH

It was supposed to be Arts & Crafts for a week,
but when she came home
with the “Jesus Saves” button, we knew what art
was up, what ancient craft.

She liked her little friends. She liked the songs
they sang when they weren’t
twisting and folding paper into dolls.
What could be so bad?

Jesus had been a good man, and putting faith
in good men was what
we had to do to stay this side of cynicism,
that other sadness.

OK, we said, One week. But when she came home
singing “Jesus loves me,
the Bible tells me so,” it was time to talk.
Could we say Jesus

doesn’t love you? Could I tell her the Bible
is a great book certain people use
to make you feel bad? We sent her back
without a word.

It had been so long since we believed, so long
since we needed Jesus
as our nemesis and friend, that we thought he was
sufficiently dead,

that our children would think of him like Lincoln
or Thomas Jefferson.
Soon it became clear to us: you can’t teach disbelief
to a child,

only wonderful stories, and we hadn’t a story
nearly as good.
On parents’ night there were the Arts & Crafts
all spread out

like appetizers. Then we took our seats
in the church
and the children sang a song about the Ark,
and Hallelujah

and one in which they had to jump up and down
for Jesus.
I can’t remember ever feeling so uncertain
about what’s comic, what’s serious.

Evolution is magical but devoid of heroes.
You can’t say to your child
“Evolution loves you.” The story stinks
of extinction and nothing

exciting happens for centuries. I didn’t have
a wonderful story for my child
and she was beaming. All the way home in the car
she sang the songs,

occasionally standing up for Jesus.
There was nothing to do
but drive, ride it out, sing along
in silence.