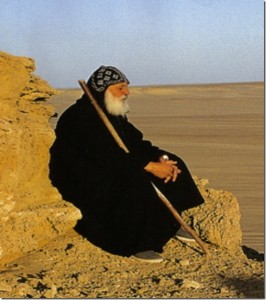 How we pray, how we think, how we play and learn, even how we greet strangers — many topics come together in this article by Father Stephen, which provides needed good reminders for me. I’m just going to put the whole article here, but if you’d rather read it on his site, it comes from this post: Do Faith to Have Faith

There is an adage, “Do faith until you have faith.” It is often attributed to John Wesley, who said something like it. I’ve generally ignored such slogans – bumper-sticker Christianity troubles me. But there is something worth considering beneath this nostrum.

St. Paul says, “Do not be conformed to this world, but be transformed by the renewing of your mind…” (Rom 12:2). But how is the mind renewed?

The mind is not changed by trying to think new thoughts.

Anyone who has ever tried to stop thinking about something, or who is dogged by obsessions knows how impossible it is to control thoughts. It is certainly more effective to try to replace a thought than to change it. But the very nature of thoughts make them easy to become repetitive and obsessive.

There are many popular ideas about thoughts that are simply wrong. We rarely choose our thoughts. When we intentionally think about something, there is a decisional aspect involved. But thoughts arise by association, by suggestion, by habit, by fears, anxieties, desires, etc. Thoughts are only occasionally the result of a rational process. We are human beings – thinking bodies – our minds are not the “ghost in the machine.”

The great learning theorist, Jean Piaget, wrote about the part that “play” has in the learning of children. In many respects, play is a ritualized activity. Children “playing house,” go through rituals of housekeeping. I have sat at “tea” before at the table of a young daughter, sharing the meal with stuffed animals and dolls. The activity might have been “play,” but it was quite serious and important.

Children do not learn in a manner that differs from adults – they just do so much more of it! Adults learn by ritualized behaviors as well. Even learning to be a sales person is an effort to learn the “ritual” of selling things to people. I bought a car recently with one of my adult children. The “ritual” at the dealership was comical when it was not insulting. The salesman had to excuse himself to discuss a “deal” he offered me. I know that he will return with the sad news that his manager thinks it should be a little more than we agreed. I’ve been around long enough to know that there was very likely no conversation with the manager. I challenged the man (and the ritual) and we settled on a “deal” that was mutually satisfactory.

Very few human activities have no ritual component. It is both how we learn, and often how we act. When we meet strangers we usually greet them in one of several ritual manners, with words that are known to be well-accepted. If we had to think of new greetings for every stranger, human contact would be tedious, difficult, and even dangerous.

The Protestant theologian, Stanley Hauerwas, has written repeatedly and convincingly about the nature of the virtues. Things such as courage, patience, kindness, generosity, etc., are almost never spontaneous actions. They belong to what he terms a “set of practices.” His favorite example is his father’s profession: bricklaying. To lay brick, one works with a master brickmason. The apprentice learns the “practice” of laying brick. He does not think his way through the process – he learns to lay brick by repeating the rituals of the trade – its practices.

Hauerwas says that the Christian faith is a set of practices. Virtues are the habits acquired through the repeated work of the Christian life. If you have to think about being courageous, you will most likely fail.

Hauerwas’ thought, like most that is good in contemporary theology, is just a restatement of what the fathers have always taught. Christ states the nature of our faith quite clearly:

Then Jesus said to those Jews who believed Him, “If you abide in My word, you are My disciples indeed. And you shall know the truth, and the truth shall make you free.” (John 8:31-32)

We imagine this process to be in reverse. Our modern misunderstanding tells us that first, we will know the truth, then on the basis of that knowledge, we will abide in Christ’s word. But it is the “abiding,” the repeated doing of Christ’s commandments, that yields knowledge of the truth. Thus it is generally useless to argue about the truth of the faith. Until someone lives it, they will often not see its truth. We come to the faith, not because we see everything – its fullness. We come because, by grace, we have been allowed to see something. But we will only know the truth of that something if we ourselves do it.

Much of the Orthodox life is marked by ritual. There is a way of praying. There is a way of fasting. There is a way that we engage in worship. There is a way that we honor the saints and the icons. This life is called the “Orthodox Way.” It is indeed a set of practices. There are no ideas that are not also embodied in the way of life. It is said, “Lex orandi, lex credendi”: The “law of praying is the law of believing.” And in Orthodoxy, “praying,” is a practice, not just an expression of ideas. It is the reason that Orthodox liturgy rarely changes, and then only in a modest, incremental manner. To engage in liturgical reform is to risk the way of life. The danger of wholesale reform has been tried repeatedly in various Christian groups, generally with disastrous results.

If you want to be a saint, pray like one. Do faith until you have faith.

— Fr. Stephen Freeman – Glory to God for All Things