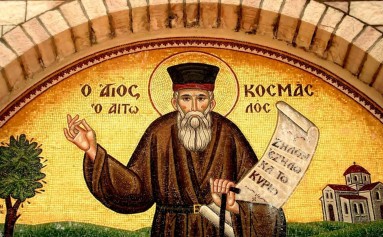 Once you recognize that the Lord’s judgments ‘are in all the earth’ (1 Chronicles 16:14), then everything that happens to you will teach you knowledge of God. 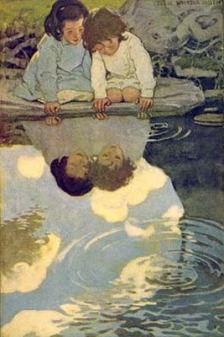 Reason, in the classical and Christian sense, is a whole way of life, not the simple and narrow mastery of certain techniques of martial manipulation, and certainly not the childish certitude that such mastery proves that only material realities exist. A rational life is one that integrates knowledge into large choreography of virtue, imagination, patience, prudence, humility and restraint. Reason is not only knowledge, but knowledge perfected in wisdom.

In Christian tradition, reason was praised as a high and precious thing, principally because it belonged intrinsically to the dignity of beings created in the divine image; and, this being so, it was assumed that reason is also always morality, and that charity is required for any mind to be fully rational. Even if one does not believe any of this, however, a rational life involves at least the ability to grasp what it is one does not know, and to recognize that what one does know may not be the only kind of genuine knowledge there is.

“I am quite convinced that the fundamental error of the contemporary man is his belief that thanks to technology –(telephone, Xerox, etc.)– he can squeeze into a given time much more than before, whereas it’s really impossible. Man becomes the slave of his always growing work. There is a need for rhythm, detachment, slowness. Why can’t students grasp all they’re taught? Because they do not have time to become conscious of, to come back to, what they heard, to let it really enter their minds. A contemporary student registers knowledge, but does not assimilate it; therefore that knowledge does not “produce” anything. A downpour of rain is immeasurably less useful for a drought than a thin, constant drizzle! But we are all the time under a thunderous downpour –of information, reports, knowledge, discussions, etc. And all of these flow around us, never sticking to us, immediately pushed away by the next deluge.”

From St. Nikolai’s Prologue for today:

“The fear of the Lord is the beginning of wisdom” (Proverbs 1:7).

If someone knew the number of stars in the heavens and the names of the fish in the sea and the amount of the grass in the field and the habits of the beasts in the forest, but did not have the fear of God, his knowledge would be as water in a sieve. And his knowledge would make him a greater coward in the face of death than the completely ignorant.

If someone could guess all the thoughts of mankind and foretell the fate of mankind and reveal every mystery that the earth conceals in its depths, but did not have the fear of God, his knowledge would be as milk poured into an unclean container, by which all the milk would be spoiled. And, in the hour of his death, his wisdom would not shine even as much as a piece of charcoal without a flame, but would make the night of his death even darker.

The fear of the Lord is the beginning of wisdom….

O my brethren, let us embrace this word as the holy truth: The fear of the Lord is the beginning of wisdom. O Lord Almighty, implant Your fear in our hearts.

–St. Nikolai Velimirovich, Homily for June 1 from The Prologue of Ohrid