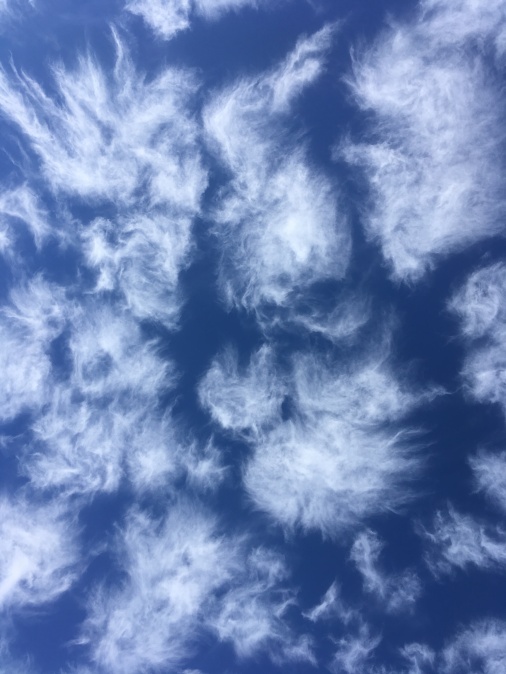 For a half hour I walked my loop bending backward to take pictures of these crazy clouds. They filled the whole sky.

After a while I thought maybe they were blending together too much to be quite as interesting, and my neck was getting tired. By then I was closer to home noticing the street view, and several unwatered lawns in the neighborhood with a cheery wildflower/weed display: 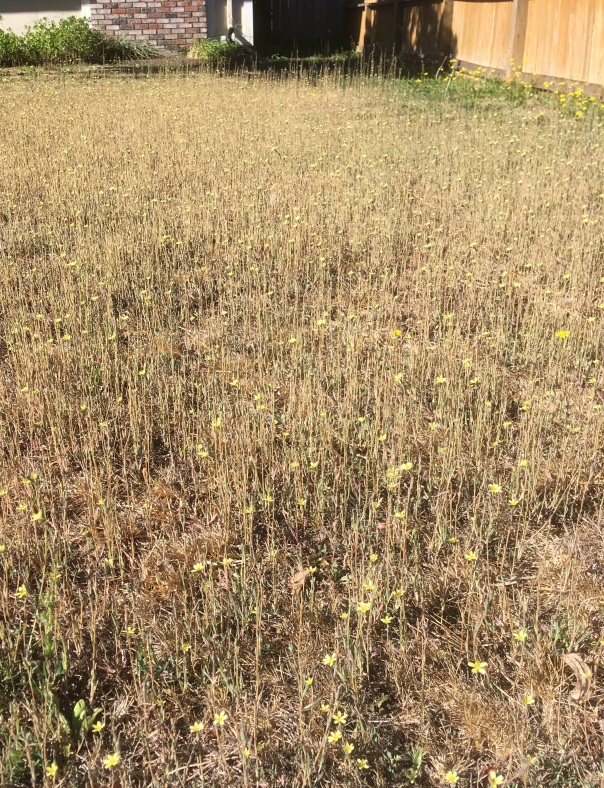 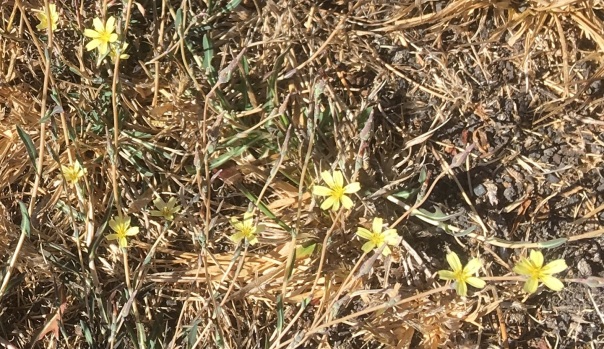 So much gloom and doubt in our poetry –
flowers wilting on the table,
the self regarding itself in a watery mirror.

Dead leaves cover the ground,
the wind moans in the chimney,
and the tendrils of the yew tree inch toward the coffin.

I wonder what the ancient Chinese poets
would make of all this,
these shadows and empty cupboards?

Today, with the sun blazing in the trees,
my thoughts turn to the great
tenth-century celebrators of experience,

Wa-Hoo, whose delight in the smallest things
could hardly be restrained,
and to his joyous counterpart in the western provinces,
Ye-Hah.

This poem just now became an instant favorite. Oh, if we all could write half so well about the things we’ve forgotten!

These are not the lines that came to me
while walking in the woods
with no pen
and nothing to write on anyway.

They are gone forever,
a handful of coins
dropped through the grate of memory,
along with the ingenious mnemonic

with its jars jammed with pens,
its notebooks and reams of blank paper,
its desk and soft lamp,
its table and the light from its windows.

So this is my elegy for them,
those six or eight exhalations,
the braided rope of syntax,
the jazz of the timing,

and the little insight at the end
wagging like the short tail
of a perfectly obedient spaniel
sitting by the door.

This is my envoy to nothing
where I say Go, little poem —
not out into the world of strangers’ eyes,
but off to some airy limbo,

home to lost epics,
unremembered names,
and fugitive dreams
such as the one I had last night,

which, like a fantastic city in pencil,
erased itself
in the bright morning air
just as I was waking up. 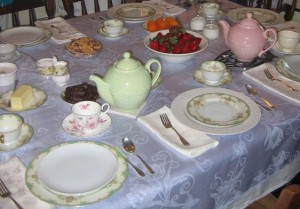 It’s a rainy Sunday afternoon, which makes the idea of tea and poetry sound really good, especially if there were a blazing fire near the table that I’d drape with a soft tablecloth.

The picture is from a tea party I gave in honor of my friend Bird, now 98 years old. We like to share our favorite poems with each other when we get to visit.

I will post one in her honor here today.

or press an ear against its hive.

I say drop a mouse into a poem
and watch him probe his way out,

or walk inside the poem’s room
and feel the walls for a light switch.

I want them to waterski
across the surface of a poem
waving at the author’s name on the shore.

But all they want to do
is tie the poem to a chair with rope
and torture a confession out of it.

They begin beating it with a hose
to find out what it really means.