O Greater Light, we praise Thee for the less;
We thank Thee for the light that we have kindled,
The light of altar and of sanctuary;
Small lights of those who meditate at midnight
And lights directed through the coloured panes of windows
And light reflected from the polished stone,
The gilded carven wood, the coloured fresco.
Our gaze is submarine, our eyes look upward
And see the light that fractures through unquiet water.
We see the light but see not whence it comes.
O Light Invisible, we glorify Thee!

In our rhythm of earthly life we tire of light. We are glad when the day ends, when the play ends; and ecstasy is too much pain.
We are children quickly tired: children who are up in the night and fall asleep as the rocket is fired; and the day is long for work or play.
We tire of distraction or concentration, we sleep and are glad to sleep,
Controlled by the rhythm of blood and the day and the night and the seasons.
And we must extinguish the candle, put out the light and relight it;
Forever must quench, forever relight the flame.
Therefore we thank Thee for our little light, that is dappled with shadow.
We thank Thee who hast moved us to building, to finding, to forming at the ends of our fingers and beams of our eyes.
And when we have built an altar to the Invisible Light, we may set thereon the little lights for which our bodily vision is made.
And we thank Thee that darkness reminds us of light.
O Light Invisible, we give Thee thanks for Thy great glory! 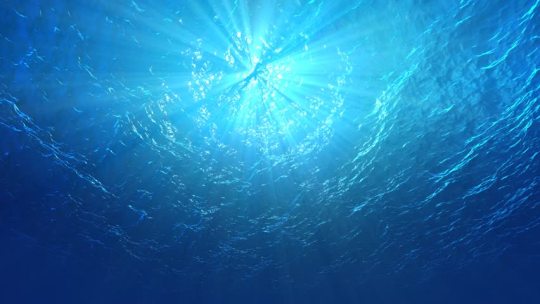 (You may hear the poet himself reading here.) 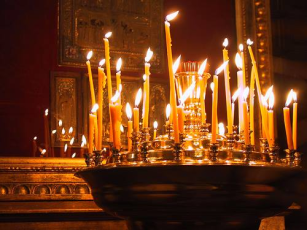 “Our lighted candles are a sign of the divine splendor of the one who comes to expel the dark shadows of evil and to make the whole universe radiant with the brilliance of his eternal light. Our candles also show how bright our souls should be when we go to meet Christ. The Mother of God, the most pure Virgin, carried the true light in her arms and brought him to those who lay in darkness. We too should carry a light for all to see and reflect the radiance of the true light as we hasten to meet him. The light has come and has shone upon a world enveloped in shadows; the Dayspring from on high has visited us and given light to those who lived in darkness. This, then, is our feast, and we join in procession with lighted candles to reveal the light that has shone upon us and the glory that is yet to come to us through him. So let us hasten all together to meet our God.

“The true light has come, the light that enlightens every man who is born into this world. Let all of us, my brethren, be enlightened and made radiant by this light. Let all of us share in its 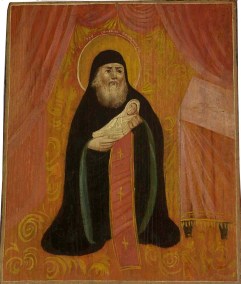 splendor, and be so filled with it that no one remains in the darkness. Let us be shining ourselves as we go together to meet and to receive with the aged Simeon the light whose brilliance is eternal. Rejoicing with Simeon, let us sing a hymn of thanksgiving to God, the Father of the light, who sent the true light to dispel the darkness and to give us all a share in his splendor.

“Through Simeon’s eyes we too have seen the salvation of God which he prepared for all the nations and revealed as the glory of the new Israel, which is ourselves. As Simeon was released from the bonds of this life when he had seen Christ, so we too were at once freed from our old state of sinfulness.

“By faith we too embraced Christ, the salvation of God the Father, as he came to us from Bethlehem. Gentiles before, we have now become the people of God. Our eyes have seen God incarnate, and because we have seen him present among us and have mentally received him into our arms, we are called the new Israel. Never shall we forget this presence; every year we keep a feast in his honor.” 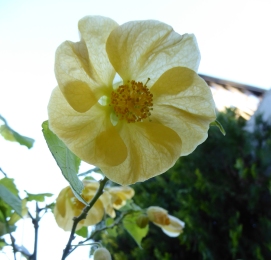 …night possessed us and the shadow of death encompassed us, for we had fallen into sin and lost the power of sight which was ours by God’s grace, and by which we were able to perceive the light that bestows true life. Night and death had been poured out on our human nature, not because of any change in the true light, but because we had turned aside and no longer had any inclination towards the life-bearing light. In the last times, however, the Giver of eternal light and Source of true life has had mercy upon us.

Until a recent vocabulary expansion, I knew little Italian beyond pizza and zucchini. Now I know mandorla, which means almond. In the language of iconography, it means a background shape, often an almond shape but not always, which conveys meaning having nothing to do with the nut.

In this article “Within a Mandorla” I read that “Revealed in the context of a mandorla is that which we know by the revelation of Scripture but which might not have been witnessed by the human eye – or – if witnessed – somehow transcended the normal bounds of vision.

“Mark says that [Christ] was “carried up into heaven and seated at the right hand of God.” This last formula is a creedal confession – but not an eyewitness description. That Christ was taken up and that He is seated at the right hand of the Father is the faith and dogma of the Church. But the Church knows this in a mystical manner and not in the manner of a newspaper reporter.” 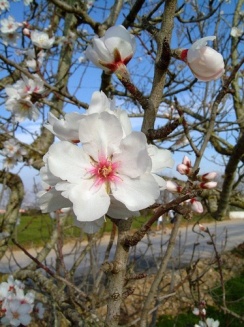 And from a different source:

“Sometimes a star – but the usual elliptical shape gives it the name mandorla, which is Italian for the nut. The almond tree is the first plant to flower in Greece, sometimes as early as mid-January, and as such is a symbol of new life and fertility. Ancient Greek myths also link almonds, and the almond-shape, with new life; yet preceding all these in time, and succeeding them in importance, is the story of Aaron’s rod, which blossomed forth not only flowers, but almonds (Numbers 17:8)”

The mandorla can represent light that was actually seen by those present at an event, but it often also symbolizes the majesty and glory that is beyond our earthly vision or ability to put into words.

From Wikipedia: “These mandorla will often be painted in several concentric patterns of color which grow darker as they come close to the center. This is in keeping with the church’s use of apophatic theology, as described by Dionysius the Areopagite and others. As holiness increases, there is no way to depict its brightness except by darkness.”

The story of what the disciples of Jesus saw with their own eyes is told in the first chapter of the Book of Acts:

“So when they had come together, they asked him, ‘Lord, is this the time when you will restore the kingdom to Israel?’ He replied, ‘It is not for you to know the times or periods that the Father has set by his own authority.  But you will receive power when the Holy Spirit has come upon you; and you will be my witnesses in Jerusalem, in all Judea and Samaria, and to the ends of the earth.’ When he had said this, as they were watching, he was lifted up, and a cloud took him out of their sight.  While he was going and they were gazing up toward heaven, suddenly two men in white robes stood by them.  They said, ‘Men of Galilee, why do you stand looking up toward heaven? This Jesus, who has been taken up from you into heaven, will come in the same way as you saw him go into heaven.’”

This year we Orthodox celebrate the Ascension of Christ on June 6.

The Lord has ascended into heaven
that He might send the Comforter to the world.
The heavens prepared His throne, and the clouds His mount.
Angels marvel to see a Man high above them.
The Father receives Him Whom He holds, co-eternal, in His bosom.
The Holy Spirit commands all His Angels:
“Lift up your gates, ye princes!
All ye nations, clap your hands:
for Christ has gone up to where He was before!”