More than a week remains of the Twelve Days of Christmas, and am I glad!  The days leading up to and including Christmas Eve and Christmas Day flew by in such a flurry of church and family that I am fairly flattened. Today is the first of my restful days and I’m in happy R&R from wonderfully happy times. 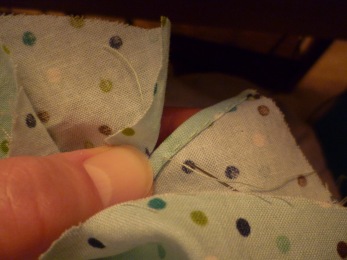 Here is a hodgepodge of photos and memories from the last two weeks, probably not in precisely chronological order.

Of course, there were the doll clothes I sewed on for a couple of weeks, and did manage to mail to Littlest Granddaughter (working on a nickname for that one) on the 15th. An entire blog post will have to be dedicated to the small garments, later. I hear that the lucky dolly donned them immediately. 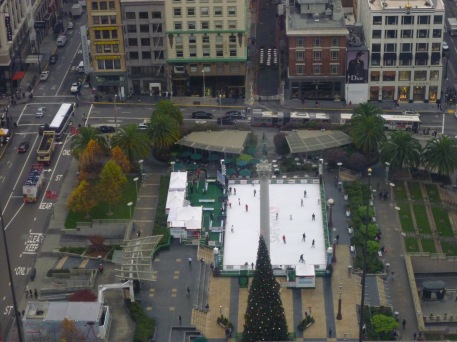 Then K. and I went to San Francisco again with little T. who is now 5. We did the usual cable car, Chinatown, and riding the elevator to the 31st floor of the Saint Francis Hotel to look over the city broadly and straight down at Union Square and the ice rink (photo).

We rode up and down several times and there was never a doorman to tell us, as he told poor Babar, “This is not a toy, Mr. Elephant.” 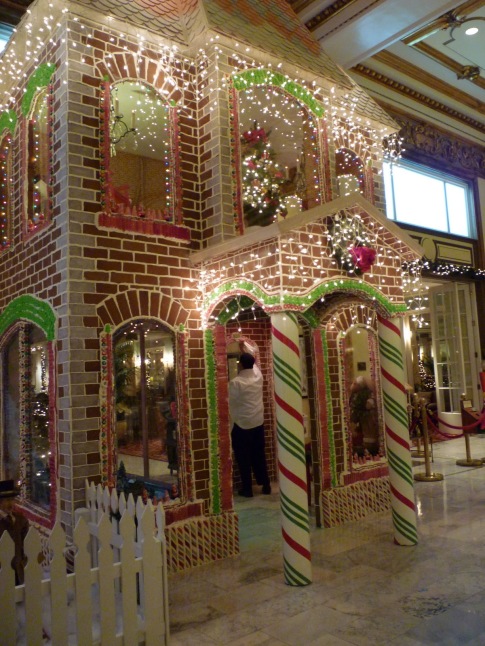 The gingerbread house in the lobby at the Fairmont Hotel was even more glorious this year, being two stories high. We were favored by meeting a baker who was doing maintenance on the candy that had already been nibbled by children.

Last year there were signs asking people not to eat the house, but not this year. So evidently some have felt more liberty to partake, at least of parts that were protruding a bit; I didn’t notice any chunks missing from the gingerbread bricks. The baker repairman gave T. a chocolate Santa. 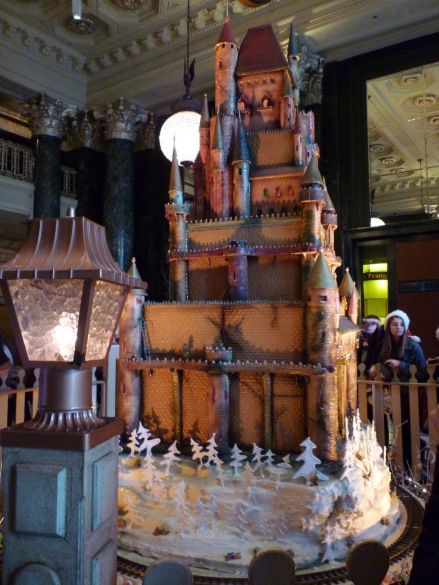 Not to be outdone, the Saint Francis Hotel had a giant sugar castle in the lobby there. 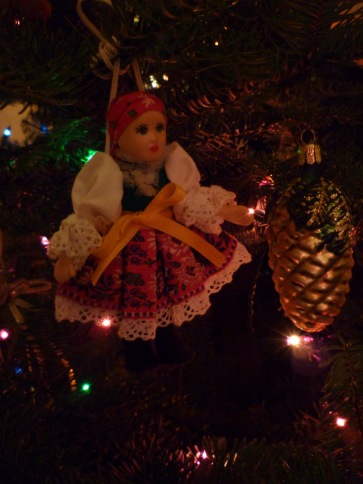 After the San Francisco trip I mostly cleaned and cleared rooms to make places for six soon-arriving family members to sleep. We didn’t get our tree up until the day before Baby flew in, so she helped us decorate.

One of my favorite ornaments is this doll who came from the Czech Republic just as the gifter had: our friend Tylda had sneaked across the border to Austria about the time I was born, when Czech was still joined to Slovakia. 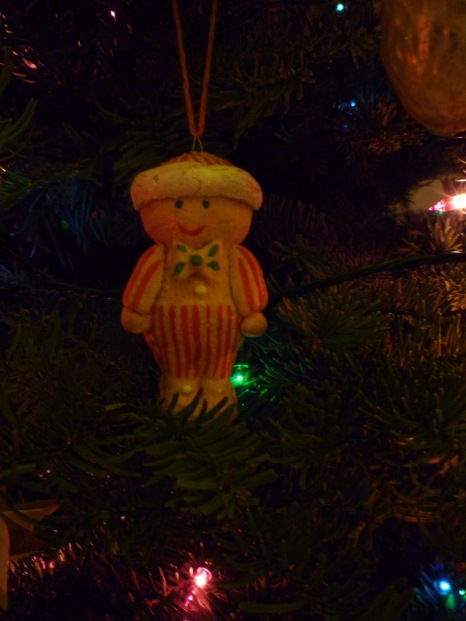 The little man is about 35 years old, the last remaining salt dough ornament of which B. and I painted and baked a whole set with which to decorate one of our first Christmas trees. He is looking a bit crumbly, as though his flesh is gradually vanishing into the atmosphere. 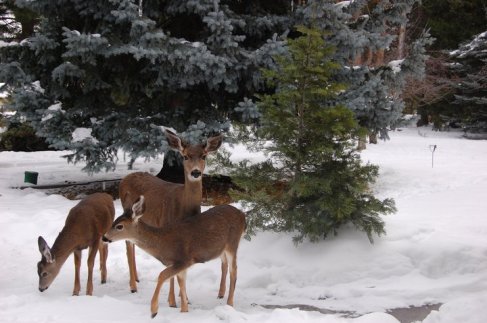 Pippin and her family left the snow to come and be with us. “My” deer looked like this when she snapped their photo before driving down. 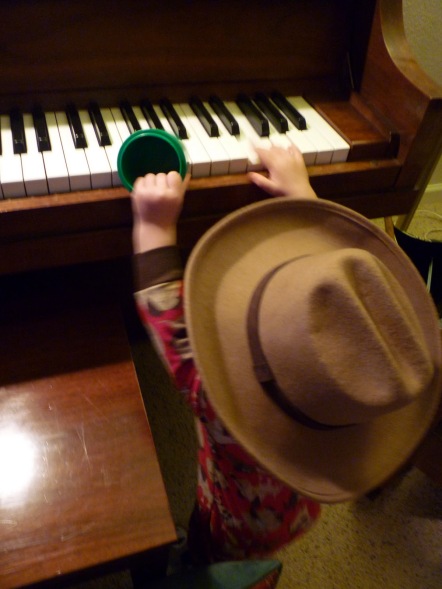 Seventh Grandson Scout was way livelier than last year and entertained us all. We managed to keep him from falling down the stairs, and he was heard exhorting himself, “No, no…” not to bother the Christmas tree. His aunt gave him the perfect hat! 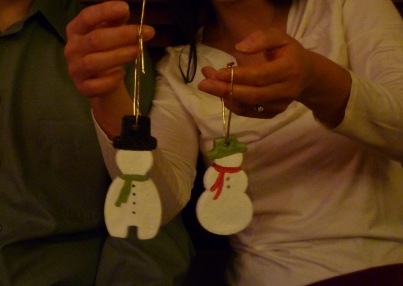 Newlyweds Soldier and Doll were with us, too, for several days. Oldest daughter Pearl sent them darling Mr. and Mrs. Snowman ornaments that she made. 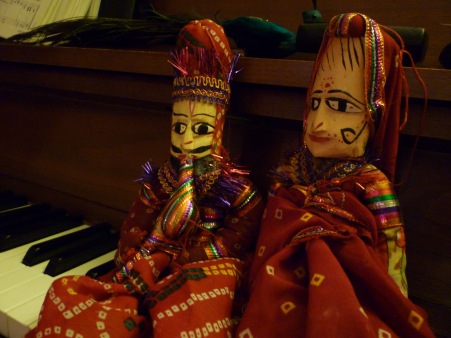 And I got my own striking couple,
crazy-eyed marionettes brought from India last year by Kate.

The married couples returned to their homes already, and as I write, we are nearing the departure of the last child and the return of Quieter Nest. But I plan to enjoy all the remaining days of Christmas, with meditations on the Nativity, and wait a while before I get out the After-Christmas to-do list I made a while back.