Two days ago I set out on a journey, perhaps even an expedition. I forgot to bring my camera cable so I can’t start posting my travelogue. Unless…Unless I tell about something that happened before I started taking pictures, something that may not be related to anything else I’ve been doing.

I was not an hour from home, driving through a little rain, twisting and turning on a road that winds along the slopes of a volcanic mountain. Coming around a curve, I spied at a turnout a gallon jar that I am fairly certain was full of maraschino cherries. It was just sitting there neatly upright in the middle of the wide flat area of dirt. Of course my resourceful self said, “Stop! Someone has left a treasure for you.”

That thought was just a flash. There was no way to safely stop, and anyway, I certainly don’t need those confections, even if I could know they weren’t poisoned or something. But for miles and hours I kept returning to those red cherries in my mind, and wondering how their random appearance might eventually tie in to this whole trip. I normally like to see how everything does connect.

It might not be random; I looked that word up, because I rarely use it. Random means “occurring without definite aim, reason, or pattern.” I don’t know the story behind the event. Did someone have a reason for stopping and dropping off the jar? If it had simply fallen out of a vehicle it couldn’t have landed upright. I can be reasonably confident that there is no pattern to be discovered. Unfortunately my mind doesn’t naturally imagine stories to explain odd occurrences, so I can’t make use of this sighting in that creative way. At this point it doesn’t look like I will be able to fit an out-of-place jug of cherries into the flow of my journey. But there it was. 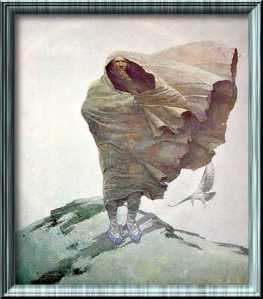 I just found out, a little late, that someone has declared this National Delurker Day.  I hereby invite anyone who hasn’t already, to say hello.

It’s o.k. if you want to stay as you are, though. I understand!

(I changed the picture because a dear person pointed out to me that the first one was a tad unseemly. So now I have an N.C. Wyeth painting called “Winter” here, that reminds me how nice it is to be able to lurk at home in January.)

Deb on the Run gave me the Superior Scribbler Award while I was across the country and couldn’t properly respond. Now I’m home and can say THANKS Deb! Deb’s own blog is one of my favorites, but I guess I can’t just Back-at-her…no problem, as there are several others I’d like to announce.

But first, here are the rules, for those of you I’ll list below:

And now the awards, to a few of the blogs I like to read regularly: 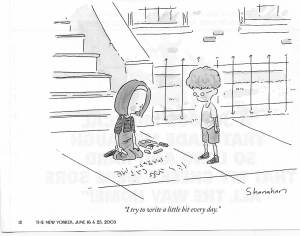 As to my own writing, the name Superior Scribbler pleases me very much, as the “Scribbler” part matches my self-concept and attempts to join in that Great Conversation we humans are having. Thank you all for being here in It with me.

I don’t like Halloween, and we never participated in the “festivities” with our kids, but we do usually give out candy if we are home. I hate spending the money for it, too! When I was a trick-or-treating child, many people would give us homemade cookies or candy. I know that’s not cool these days.

I think the uncoolness started with evil people giving poisoned cookies, or was it an urban myth? You’d think that would discourage parents from sending kids out, period, but it just means that the homey treats will be thrown out.

Children who carry around pillowcases full of sugary junk can afford to turn up their noses at a mere cookie. BUT I doubt they would find this treat cooked up by Macheesmo boring. I am sorely tempted to get more into the icky Halloween spirit just so I can make them. 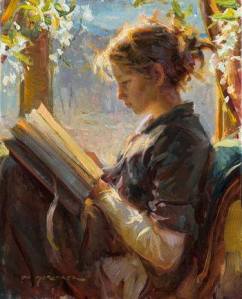