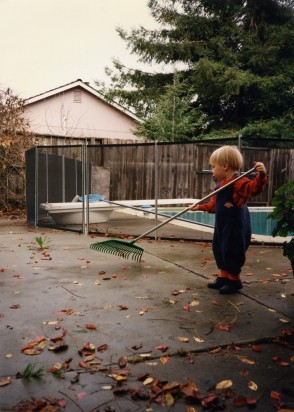 For I remember with certainty this fixed psychological fact; that the very time when I was most under a woman’s authority, I was most full of flame and adventure. Exactly because when my mother said that ants bit they did bite, and because snow did come in winter (as she said); therefore the whole world was to me a fairyland of wonderful fulfillments, and it was like living in some Hebraic age, when prophecy after prophecy came true.

I went out as a child into the garden, and it was a terrible place to me, precisely because I had a clue to it: if I had held no clue it would not have been terrible, but tame. A mere unmeaning wilderness is not even impressive. But the garden of childhood was fascinating, exactly because everything had a fixed meaning which could be found out in its turn. Inch by inch I might discover what was the object of the ugly shape called a rake; or form some shadowy conjecture as to why my parents kept a cat.

(From Emily at Children of God blog)

1 thought on “Under a woman’s authority.”