The day after Groundhog Day, or Candlemas, etc., my walk took me past a long hedge of rosemary in bloom, where hundreds of honeybees were already getting ready for next year’s Candlemas. There were both the golden orange striped and the browner kind. I had a lot of fun taking their pictures and sorting them. Most of the shots had to be tossed, quite a few because I had completely failed to include a bee in the frame. 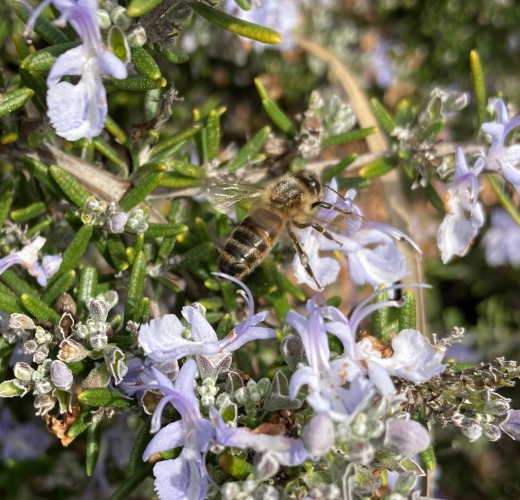 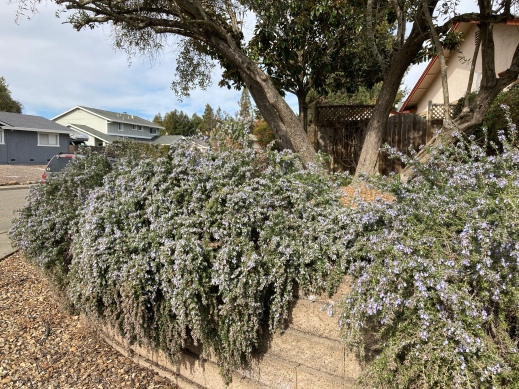 I don’t know much about bees, but it seemed crazy that so many of them were around to notice the rosemary; our nights are still frosty. Do the people with the rosemary hedge also keep bees… handy? But many blocks away, on my own street, was a single such bush and bees were buzzing on its flowers, too. Now, as I write, it occurs to me that I saw bees on rosemary two years ago, possibly as early as January, in a nearby town.

When I got home I went straight into the back yard to see what’s going on with my own rosemary. It is barely starting to bloom, and there was not a bee to be seen. But across the garden, the cyclamen are coming up!

13 thoughts on “The next day was honeybee day.”