All the books said that without an off-road vehicle, you should not make a loop around the island by driving all the way along “the bottom” of Maui. But permanent residents said it was o.k., so we did it! I was so happy for the chance to at least minimally explore this wide-open space, where little traffic is. 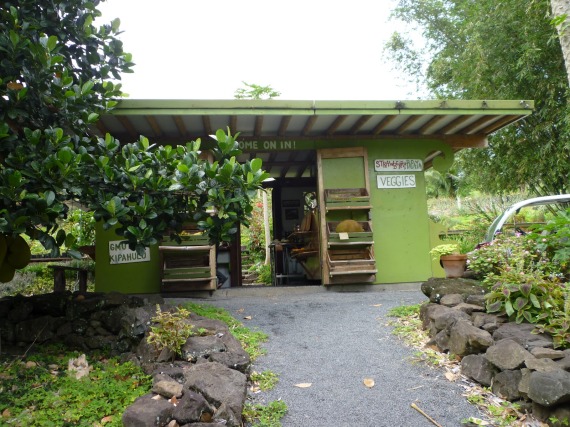 Mr. Glad needed a snack, however, before we would set out on the most lonely stretch of that road, and we found one of the famous Hana fruit stands on our route, a sort of Last Chance Saloon with yummy coffee and yet another new fruit find to give us a boost for the journey.

I bought mangoes, and an eggfruit, a.k.a. canistel. And while my husband sipped his coffee I snapped pictures of the garden and farm in back, and mentioned to the girl working there, “A friend told me before we came that Maui is a paradise — and he was right.”

“A lot of people say that,” she responded. “What do you mean by ‘paradise’?” We then had a philosophical and literary conversation about the books she has been reading, the Ringing Cedars series, in which the protagonist has ideas about creating paradise on earth, as I understood. 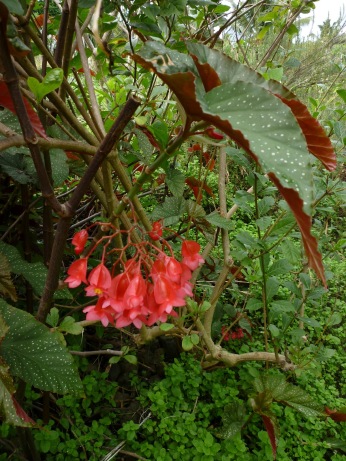 It was a rare sort of encounter for me, in which I find a stranger who wants to engage on topics of mutual interest, at a time when I also have the energy. I hated to leave her, and I took some more photos of the garden and farm behind the humble storefront.

This begonia resembled one I used to have in my house in California — but that one never bloomed…. 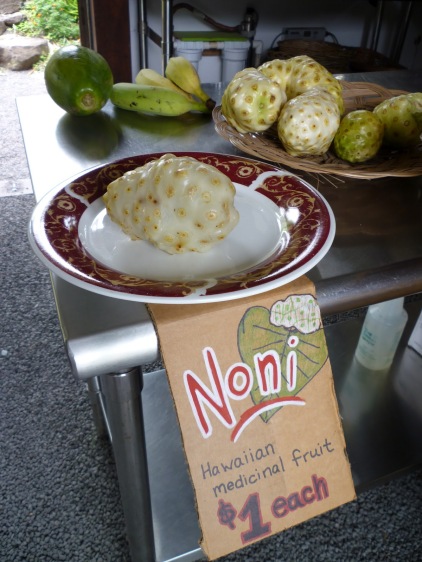 Then we were on our way. The problems with the road are two: a stretch of several miles that is unpaved, and many miles of one-lane paved road. I was the driver for this trip, and I found the unpaved sections pretty easy. There were potholes, but the road was wide enough to maneuver around them. 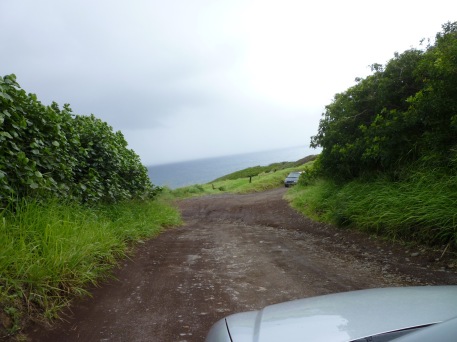 For a while at the outset rain poured down and we kept the wipers going, but when it stopped we were quick to open the windows and let the ultra-fresh air blow through.

The breeze carried a mysterious and new fragrance, certainly the breathings of that wild coast’s unique set of botanicals.

Even the eroded lowest slopes of Haleakala Volcano on our right seemed to me the most beautiful sight, while I was getting that kind of air in my lungs.

On the left side of the road, we looked down on the beach, empty of humanity.

Once I stopped to get a closer whiff of this plant — but on its own at least it didn’t smell much.

Mr. Glad discovered a rainbow behind us, and I let him do the honors of capturing that extra blessing of our adventure. Lacking a scratch-and-sniff feature on my computer, or any kind of words that can do justice to this stretch of coastline, I’ll let it be The End of this day’s diary of Maui. 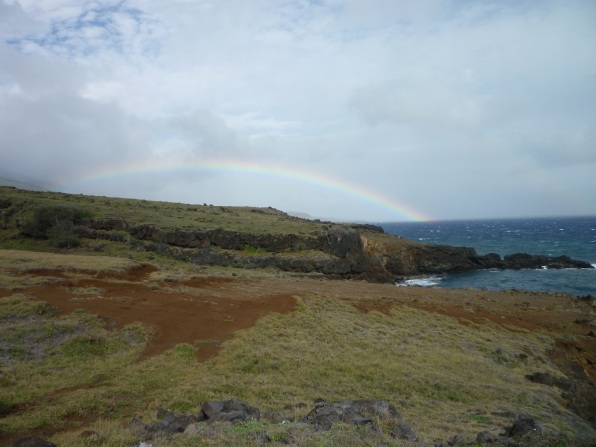