I have very much enjoyed reading about St. Raphael of Brooklyn whom we commemorate today on the anniversary of his repose in 1915. He was born in Beirut where his parents had fled, because of persecution of Christians in their home city of Damascus, and he spent most of his life going where he was most needed, mostly Russia and America. It is astounding how much he accomplished in his zeal to care for his flock. He was the first Orthodox bishop to be ordained in America, in 1904, and Tsar Nicholas II gifted the new bishop’s vestments.

In those days all the Orthodox in America were together under one heirarch: “There were no parallel jurisdictions based on nationality. The Church united those of diverse backgrounds under the omophorion of the Russian Archbishop. This was the norm until the Russian Revolution disrupted church life in Russia, and also in America.” oca.org

Today is the first day since I returned from India that I feel normal again. While the traveling itself felt easy enough in the 33 hours of moments, the recovery has been a process requiring patience! It took me a week to get to church, and it was a joy to be back there. My goddaughter Mary seems to have grown a lot in two months, in size and maturity. She hadn’t forgotten me. 🙂 And I had one of those experiences I’ve described before, where for about ten minutes the sun shines through a window of the dome at the perfect angle to warm my face and head, and blind me to everything but the candles before the altar, which shine like stars in my momentary darkness. 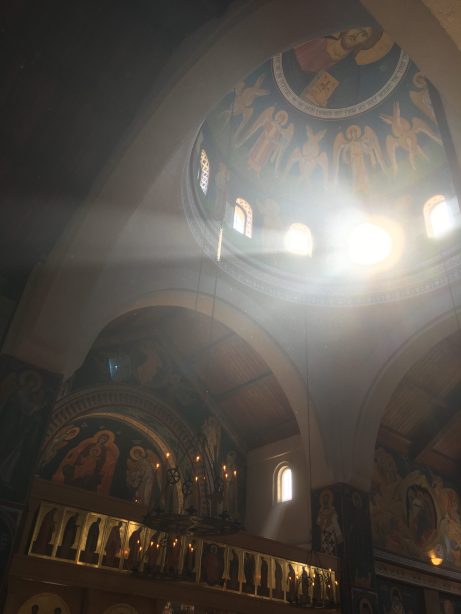 Saturday I got to see both Pippin and Soldier!! That comforted my heart that was in mourning from the separation from Kate and her family, to whom I had grown so attached in all those weeks of living with them. Some of us spent happy hours on a windy beach that was perfect for the weather because instead of sand it was composed of little pebbles that did not blow into your eyes or stick to your food or skin. We examined hundreds of of the tiniest stones, pieces of white shell or green sea glass, and whole grey-blue mussel shells. 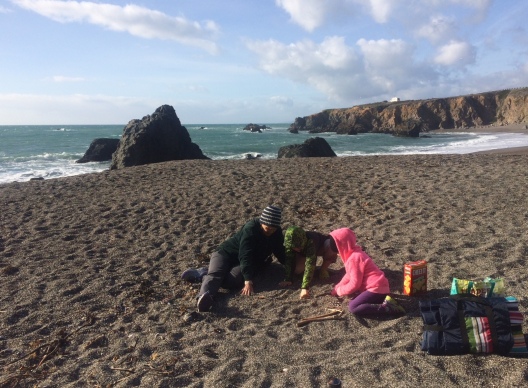 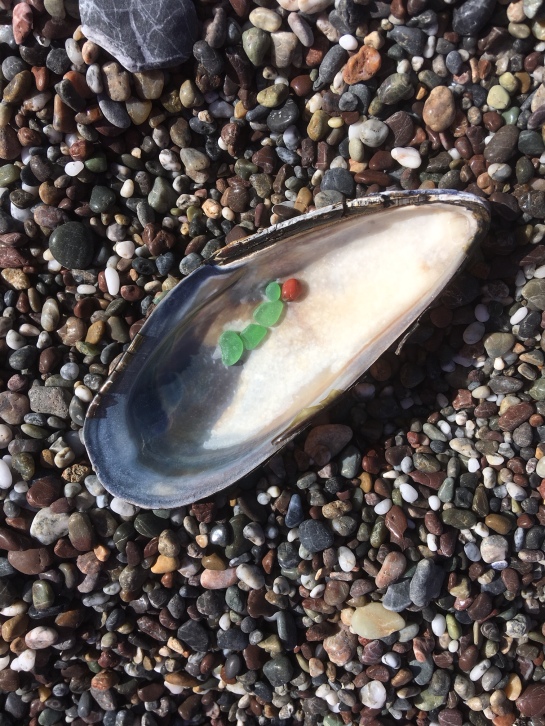 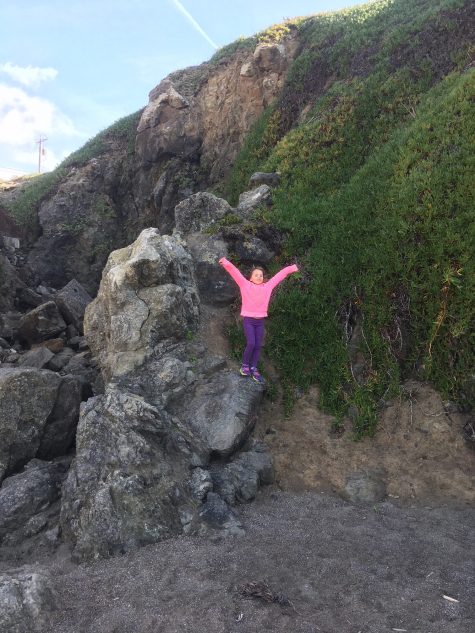 Ivy loves climbing the way her mother also has done from a young age, and these rocks were perfect for scrambling up, and then jumping down into the sand.

It feels cold here in sunny California, compared to winter in smoggy Bombay. I guess I didn’t stay long enough for winter to pass me by altogether; I’m glad I have a woodstove. I did go out in the garden a couple of times and see that in the midst of the chilling wind and dormant gray and brown, many little things are budding and even blooming. Quite a few of them are pink, like the native currants:

If Winter will bring rain, as it’s done today, I’ll welcome it to stay months longer. But perhaps Spring could bring some rain, and let Winter say good-bye?

12 thoughts on “Patience, with pebbles and a saint.”