While the weather was of the wintry-spring sort, cold and rainy, we had a typical Memorial Day in several ways. There was barbecued meat and watermelon served on a red checkered tablecloth, and more importantly, a visit to the cemetery.

None of our friends or family are buried nearby, but not far away in Colorado Springs is the United States Air Force Academy Cemetery, which was the perfect place to visit today. The rain had stopped and it was only cloudy. We walked through the wet grass to read the markers on many graves, and we prayed. 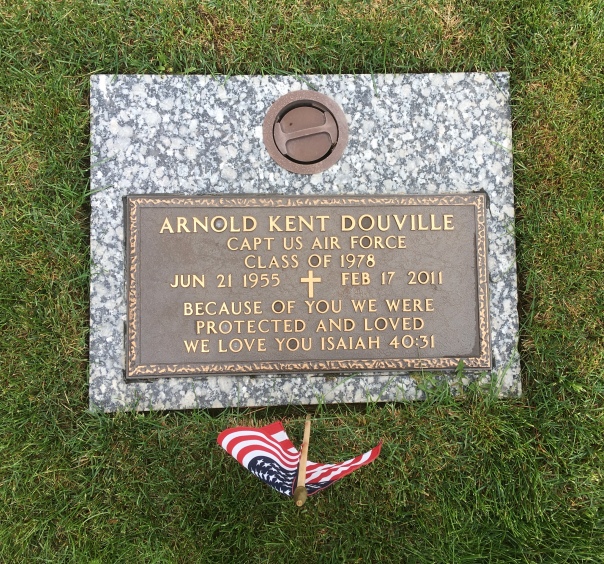 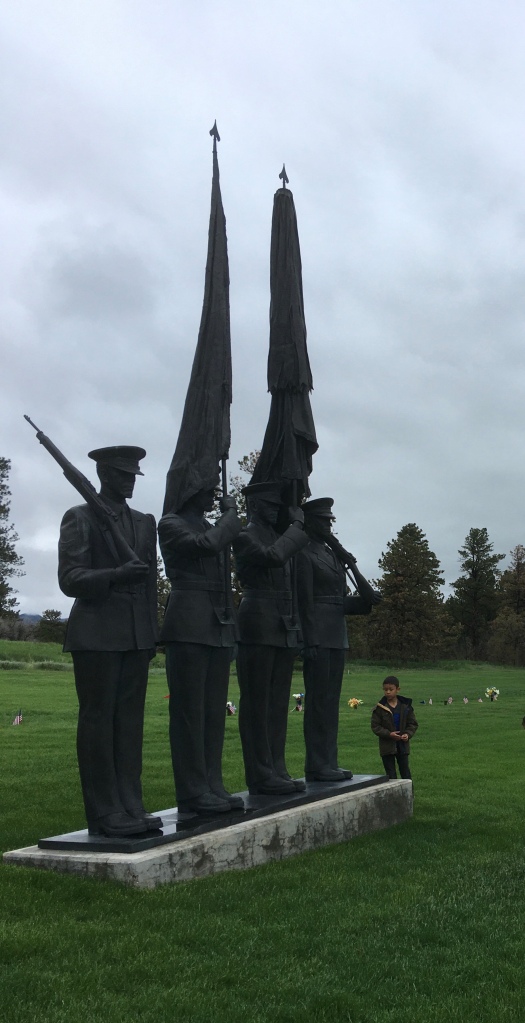 As Liam and Laddie and I were straggling behind along the row of freshest graves, some from as recent as this month, we met a smiling woman leading a poodle, who asked us if we had seen the grave marker remembering an Air Force wife for being a “worrier.” Hmm…. no, we hadn’t! Was the worrier her relative? She said no. I quickly picked up on the fact that she was headed toward a different one of those recent graves, that of her husband who passed last year.

She began to tear up, and apologized for it. I asked if I could give her a hug, and learned that they had been married for 53 years. It was a sweet widows’ embrace that warmed us both on that drizzly morning.

While we had been wandering among the graves, we’d seen a soldier in camo going from grave to grave saluting smartly. After a time he began to play a pennywhistle, and to run through one battle or marching song after another. As we were leaving we sang along with his little flute, “God Bless America.”

6 thoughts on “We remember together.”