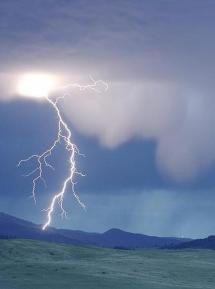 Our Lord had no design of constructing a system of truth in intellectual forms. The truth of the moment in its relation to him, The Truth, was what he spoke. He spoke out of a region of realities which he knew could only be suggested — not represented — in the forms of intellect and speech. With vivid flashes of life and truth his words invade our darkness, rousing us with sharp stings of light to will our awaking, to arise from the dead and cry for the light which he can give, not in the lightning of words only, but in indwelling presence and power.

3 thoughts on “Rousing us with sharp stings.”