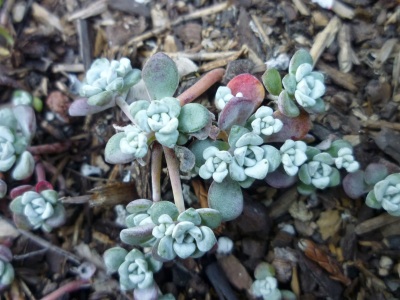 …Nature is not our mother: Nature is our sister. We can be proud of her beauty, since we have the same father; but she has no authority over us; we have to admire, but not to imitate. This gives to the typically Christian pleasure in this earth a strange touch of lightness that is almost frivolity. Nature was a solemn mother to the worshipers of Isis and Cybele. Nature was a solemn mother to Wordsworth or to Emerson. But Nature i 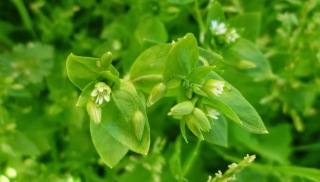 s not solemn to Francis of Assisi or to George Herbert. To St. Francis, Nature is a sister, and even a younger sister: a little, dancing sister, to be laughed at as well as loved. -G.K. Chesterton

I’ve been enjoying my little sister in the garden this week. It started with a long weeding session, during which I rescued the sweet peas from a weed of which I don’t know the name. Does one of you know it? 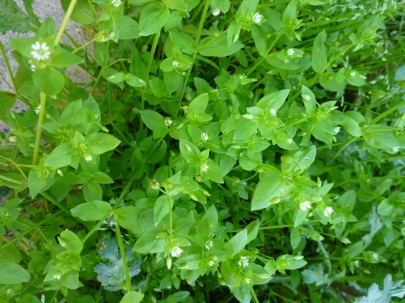 It’s been growing taller than the peas, and even though I made some nice trellising for them, they have been confused by these weeds and are trying to climb on them instead.

The green and trailing weed is also flowering before the sweet peas bloom, and is not in any way an unpleasant weed to deal with. 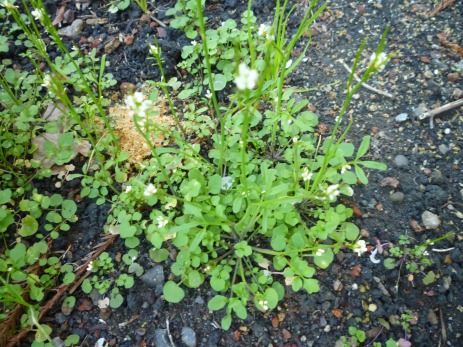 How about this weed? Maybe someone can tell me its real name. We call it The Scattery Weed, because before the seeds are obviously ripe, when the plant still looks small and innocent, it waits with secret menace for the gardener to stroll by and brush it with her shoe or hand, then !!explosion!! of seeds in a several-foot radius.

I probably shouldn’t use the word menace when talking about my little sister. In this case she is only doing what is in her nature, and doing a good job of bearing many children for next year’s springtime. 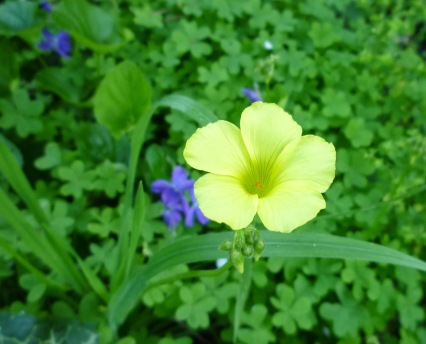 I found more signs of spring while I was out there, like this oxalis blooming among the violets… 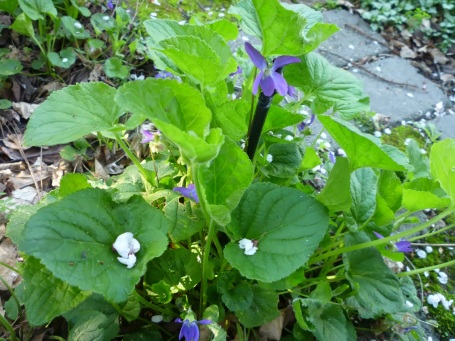 …plum blossoms decorating violets, and the violets springing up tall to decorate an irrigation head. 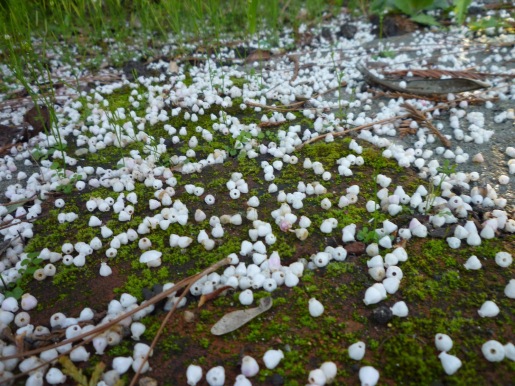 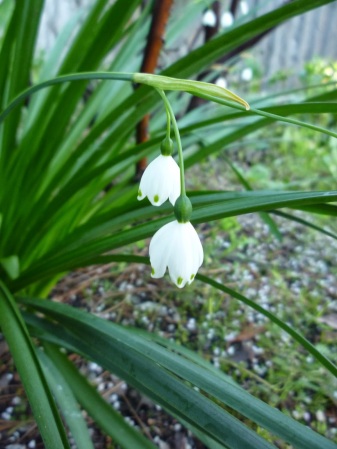 Above is a field of manzanita blossoms fallen from the bush to make way for berries, and hanging over them are snowdrops, truly looking like little sisters dancing in their pretty spring petticoats.

I finished my garden work just ahead of the steady rain we’ve been getting today. God is watering the earth and sending His rain “on the just and the unjust.” Thank You, Lord!

Linking up to Weekends With Chesterton.

13 thoughts on “A little dancing sister.”