One day during this week of the Cross, which comes now in the middle of Lent, I drove to the coast. It was cloudy but not as cold as inland. Here the north wind has been blowing, and a different night Susan even built a fire that I was so glad to sit in front of when I came home late. I will write about the beach on my Sea Log eventually, but here I wanted to post pictures of the Pride of Madeira echium that are so abundant out that way in this season.

In the past I’ve mentioned how my late husband and I, celebrating our wedding anniversary in March, often used to spend a night or two at the coast, and it was on those trips that I first encountered this plant. We were always delighted to see it again and again up and down the California seashore, for more than forty years.

It does grow a ways inland, even in my neighborhood, but it seems to prefer the coast. And the botanical cousin that I have in my back yard, called Tower of Jewels, I do not love as much, even if it is more rare. I’ve never seen so many and varied colors and forms as I did this week along one stretch of Highway 1.

I also wanted to share something of the wonderful homily, “In the Days of His Flesh,” which I heard on a podcast. Fr. Patrick Reardon gave this homily on the Sunday of the Cross. But I am too sleepy, so I’ll just leave you with the link, and this little quote from elsewhere:

“The cross stands in the midst of the church in the middle of the lenten season not merely to remind men of Christ’s redemption and to keep before them the goal of their efforts, but also to be venerated as that reality by which man must live to be saved.

Mosaic is in the apse of the Church of San Clemente in Rome. Prompted by a comment from Jeannette, I have added a larger image showing more of the setting, here at the bottom.

In the midst of destruction, smoke, fear, and drama of the worst sorts, I rested for most of last week as though at a peaceful (indoor) oasis, with my dear friends. First it was the two evacuees, and then a third who was merely on her way home to Ohio. After all were gone, I hurried to prepare my part of a church school lesson, attended Liturgy…

…and a new week had begun. Whoa! While I had my head turned, a new season had suddenly arrived. The nights are cooler again, the sun is slant. When the wildfire smoke thinned out a bit, I could notice the fall feel of the air, and skies turning from orange to blue. It made me weep with relief.

The butternuts needed to be brought in, the zucchini yanked out, and a general clean-up begun. I had planned to plant peas in September; now I hope to do it before the first week of October is gone.

The zucchini plants were disgusting; for many weeks the white flies have flown up in a cloud every time I rummage around to pick the perfect fruits; those insects are still present, and now ashes blow and drift down wherever I move a stem of salvia, or a fig branch.

I try not to keep talking about cinders, but they have gone from being an unusual element of the weather to being constant, and hard to ignore. When it doesn’t include smoke and ashes I find the weather to be always interesting, but in a more satisfying way. Of course, I am merely inconvenienced; those of you who experience tornadoes, hurricanes and floods have your own reasons to not be exactly “satisfied” even with more natural weather made up of rain and wind.

When the zucchini was gone this flower was revealed, its bloom pristine though its leaves are sooty. My Seek app can’t identify it, and I don’t recall seeing such a plant here before.

The two 4-inch zinnia starts I planted in June have grown gloriously bushy. It took me months to get around to deadheading them; this week was only the second time. A few flowers had formed seeds, which I scattered in hopes of finding some sprouts next spring. But they are likely hybrids, so who knows?

The figs keep coming, and I plan to make this autumn cake again. But I can’t eat the whole thing… who is in my “bubble” that I might invite to share with me? I could give the whole cake to a neighbor! Actually, I had thought to make two, and already planned to give one to a neighbor…. I don’t have my thinking cap on right now to work out this problem.

Because while I was typing, the smoke thickened. I have shut the windows, taken the laundry off the clothesline, and turned on the air purifiers again. Since I did make a little start in the garden, and brought in a few of the red zinnias, I am content. If no new fires start, we can expect the skies to clear more and more, just in time for cold weather and wood fires in the house. I hope.

I know that many of you pray for us who live in wildfire country, for the firefighters, for rain. Thank you! 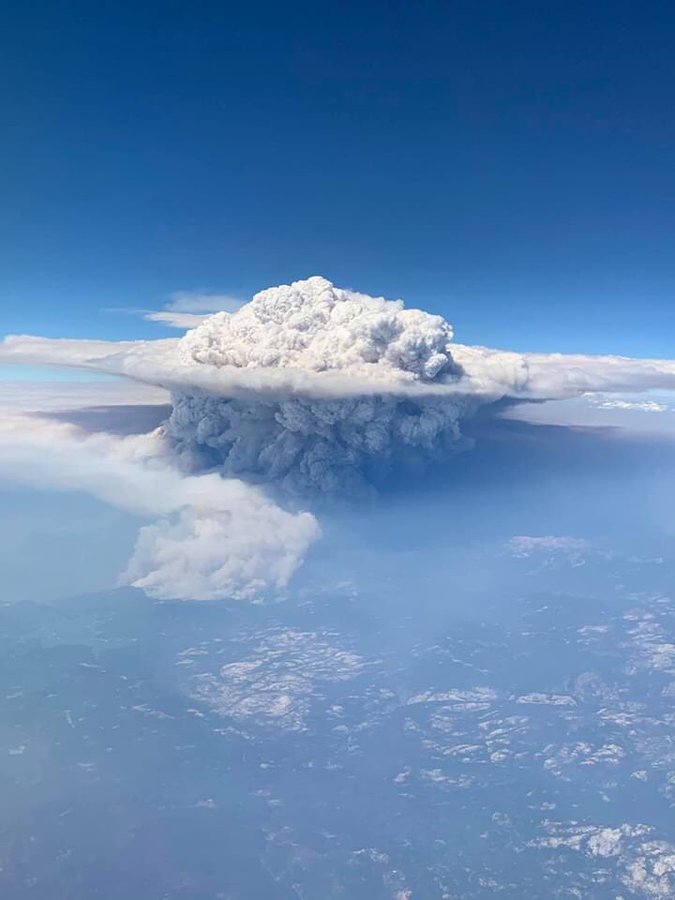 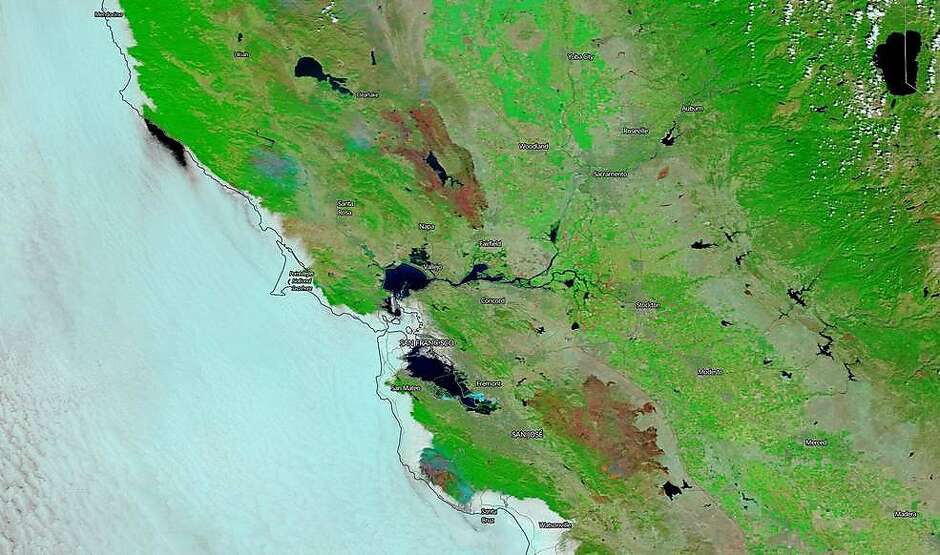