It’s been cold here this week, and hailed for a few minutes yesterday. I hope my plum blossoms were not damaged! Maybe some that were hiding under leaves will be able to become plums.

Last Sunday our parish women’s book group was scheduled to meet at Ann’s house to discuss Father Arseny. I hadn’t planned to be there because

Soldier and Liam were flying in from Colorado to celebrate my birthday with me; so I didn’t reread the book in preparation.

Of course my guests cancelled their plans, for everyone’s safety, and the women held a lively Zoom discussion which I “attended” along with eleven others. I sat in my garden at my laptop most of the time, until it got too chilly. We enjoyed ourselves immensely, and decided to meet again in a week just to chat; we’ve been missing each other and don’t want to wait a whole month or more till we’ve read the next book.

Now we are reading At the Back of the North Wind by George MacDonald. This title is a good one for

1) Several of us love George MacDonald and his books have come up before in our list of possible group reads.
2) Even though physical libraries are closed, his works are easily found as free library digital editions, for 99 cents on Kindle and as audiobooks.
3) For families with more time together sheltering in place, it’s a good read-aloud.
4) I haven’t read it for a long time, but knowing MacDonald generally, it’s likely good nourishment for our souls that need extra sustenance right now. 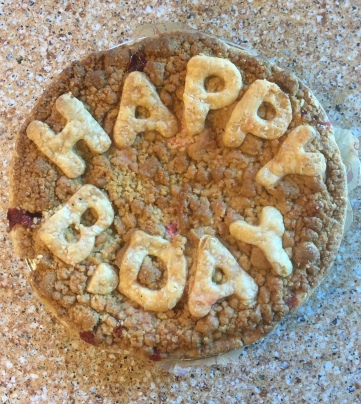 Sustenance consists of those things we need for life and health. The opposite is deprivation or starvation. Often our souls are starving for spiritual food when our bodies are overfed.

I had the odd experience in the last week of several times being so busy socializing that I didn’t take time to eat. Because of the many anniversaries and birthdays in my extended family, in addition to dear friends phoning to talk about the pestilence, I was on the phone more hours that week than I had been in the previous six months. Because I’m generally overfed, that brief bodily deprivation had little effect. Since then I’ve also caught up on Alone Time.

And I’ve cooked some things. When my Painted Lady runner beans produced a bumper crop last fall I resolved to make soup with them during Lent. What I came up with was a vegetable soup rich with onions and garlic, and not too many beans. It’s sustaining for sure.

Over the decades I’ve discovered two sorts of (vegan) chocolate pudding that are great for breakfast, and I don’t see that I have shared the recipes here before. Well, I did share a link for this version of the chocolate chia seed pudding, and here it is again: Minimalist Baker. 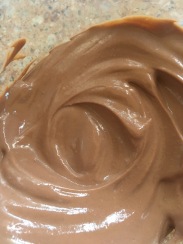 But the one I’ve made many more times in various flavors is so simple and adaptable, I didn’t even measure yesterday when I made a batch. 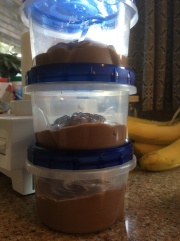 Mix in food processor until smooth, divide into portions and eat or refrigerate. Of course you might top it with fruit or nuts or granola. The above amounts are what I used last night and I divided it into three containers. I think it’s a good breakfast food because it has protein and caffeine, and don’t we all like something easy for breakfast?

I have made it without chocolate at times, in the past. I think there was a lemon version, or a pumpkin spice, but as I remember, chocolate was the winner.

My remodel: It is not finished; some construction workers are willing and wanting to work at this uncertain time, and some are not, so I am preparing my mind for an indefinite prolonging of this mess. Three times over the last 16 months I’ve moved out of my walk-in closet, into a spare bedroom across the house that is even now serving as my dressing room, with my clothes stacked all over the bed, my laundry hamper squeezed in the corner, some of my hanging clothes squeezed into the wardrobe.

My goal now is to clear that room and somehow fit my clothes and shoes into my own bedroom, and use it as my dressing room. It has no closet currently, and is still full of storage, but I can move some of that stuff temporarily into the sewing room cabinet that is waiting for doors, as you can see in the photo above that I have already begun to do.

The workers’ clutter in the sewing room I hope I can stash in the garage or the unfinished closet, depending on whose it is, so I can clean up the sewing room, too. I am tired of waiting to wash the windows, and I want to be able to sit in there in the mornings. Do you think that as soon as I complete all this work, the construction guys will come back and make a mess again? If they do, I won’t complain. That’s the walk-in closet at right, which I can’t even shut the door to. It’s been the view from my bathroom for two months now, unchanged.

The new guest bathroom is usable except for things like the shower curtain rod and towel ring. There are six such accessories that a worker came to install one day weeks ago, and he completed two of them.

Outdoors, I myself have neglected the garden quite a bit, but it’s still a lovely place to stroll, and I’m cutting asparagus and waiting for snow peas to show on the tall vines. (You can see them at the back in the last picture below.) The Coast Bush Lupine I planted sometime last year is now covered with buds! Everything looked so pretty after the rain and hail, these recent mornings when the sun broke through. 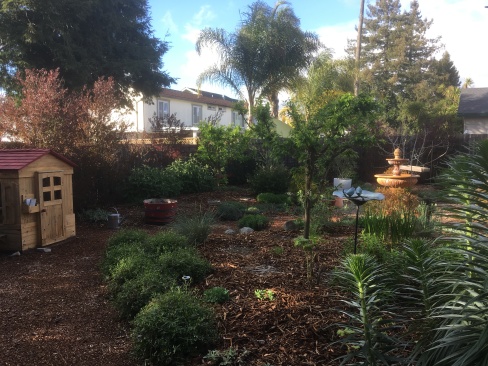 There’s plenty of sustenance in my larders!